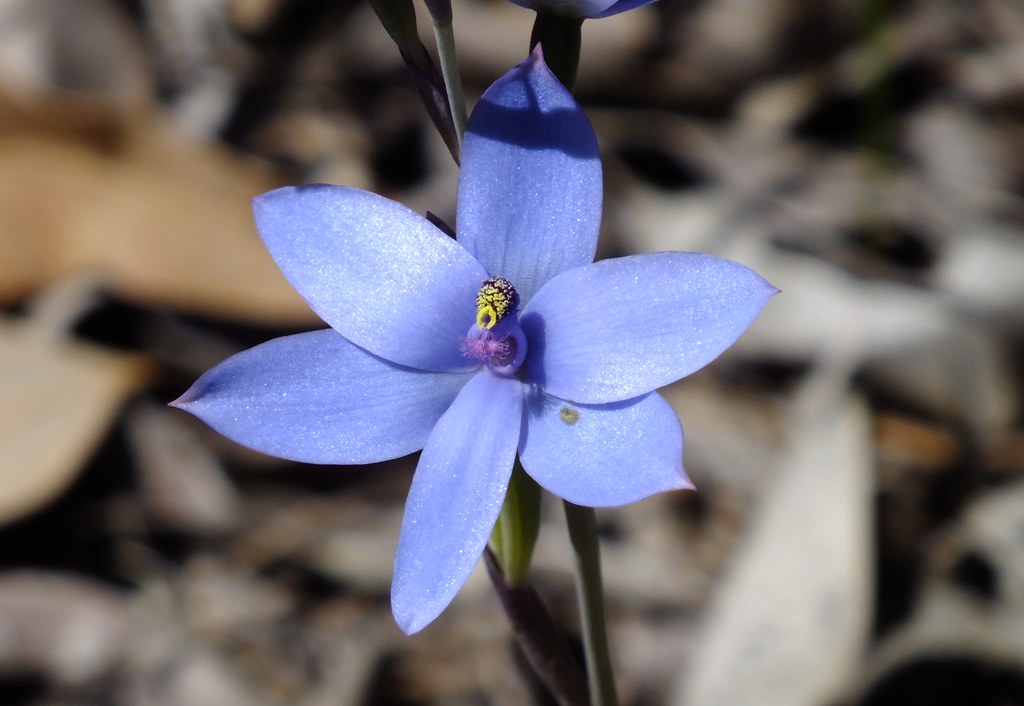 The Racecourse Flora Reserve in Balingup is in full bloom at the moment with one of the best displays of wildflowers we’ve seen in recent years! There is a wide range of orchids on display including 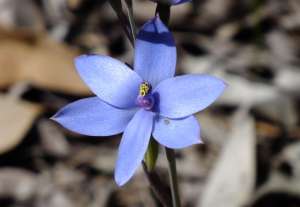 Blue Lady Orchids . . . . and they are everywhere. You’ll also find donkey orchids, enamel orchids and cowslip orchids. We recommend the Emu Bush Walk, but you can also see many species in the bush near the racetrack.

Racecourse Flora Reserve is situated between the towns of Mullalyup and Balingup, approximately 2.5 kilometers northwest of Balingup.  In 1999 the Balingup community identified bushland considered worthy of protection in three adjoining reserves. These reserves contained abundant flora and areas of conservation value. The reserves included the site of the old racetrack and gymkhana ground. The three reserves are now amalgamated and vested with the Shire of Donnyrook-Balingup as a reserve for the purpose of conservation and recreation.

The reserve (approx 108 ha) is an island of bushland surrounded by cleared land. It straddles the Mullalyup Brook/Balingup divide and is underlaid by the Kirup Conglomerate, a geological formation uncommon in the area.

While some areas within the reserve are degraded from previous activities, many areas are in very good condition. The Balingup Friends of the Forest, with the help of supporters and the Shire of Donnybrook-Balingup, continue to both protect the high conservation value bush and restore degraded areas.

In Spring, the reserve becomes a blaze of colour, with an amazing abundance and diversity of wildflowers. Each week of spring sees change until early December.  Banksia grandis (Bull Banksia) is one of the last plants to flower, with its wonderful bright yellow candles, which then form into the well-known Banksia ‘see’ or ‘nut’.

A copy of the herbarium for the reserve is held by the Balingup Friends of the Forest. The herbarium contains photocopies of the plants identified on the reserve, along with their botanical names.

The largest staged road cycling race for teams in Australia takes place from 6 – 8 November, 2021. The Margaret […]