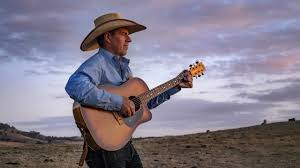 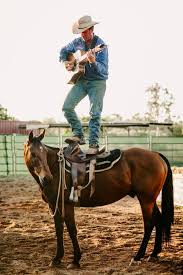 Tom Curtain’s In The West Tour

To celebrate the release of his fourth studio album, multiple Golden Guitar winner and horseman extraordinaire Tom Curtain, will again be hitting the road this summer as part of his ‘In The West Tour’ with his award winning outback show Katherine Outback Experience (KOE).

With over 40 shows confirmed, the Tour will kick off in Western Australia in December 2020 before making its way into South Australia in February 2021 and back to the Northern Territory in later March 2021. The on-road show is entertaining, engaging, interactive and family-friendly, and consists of:

Tom is passionate about bringing his show to communities that often miss out on this type of entertainment.

Tom Curtain is a nationally acclaimed singer/ songwriter. His latest album ‘We’re Still Here‘ debuted at No.1 on the Australian Country Music Charts with all four singles released from the album also going to No.1. Tom has just been announced as a 2021 Golden Guitar Finalist for Heritage Song of the Year for his single ‘She Gave Us The Song‘, a collaboration with Lee Kernaghan and Sara Storer and written by Garth Porter and Kelly Dixon.

April Hours of Operation of our local Eateries!