Set in the magnificent surrounds of the Blackwood River Valley, The fourth annual Blues At Bridgetown festival will once again live up to the boast of “Fine Blues … Breathtaking Views.” W.A.’s original blues festival this year turns the spotlight on acoustic and traditional blues.

The sleepy township of Bridgetown – located 260 kms South of Perth and best known for it’s annual apple harvest – will come alive on the 8th, 9th and 10th of November for three days of acoustic and electric blues at the Blues At Bridgetown festival.

Running for over 21 years, Blues At Bridgetown pulls out all the stops to consolidate its reputation as one of the countries finest showcases for established Australian blues artists and as a launching pad for up-and-coming blues talent of the future.

Bridgetown has strong musical and cultural ties with the blues. In the late ‘70s it was the home of the jug, folk and blues influenced band Bungarra and lately has become a haven for all kinds of artists, potters and musicians. The popularity of the annual blues festival has grown tremendously over the years, particularly since the demise of the knockabout (read beer soaked) Bindoon Rock Festivals that concentrated on electric hard rock and blues.

There are not many places in Australia like Bridgetown that can boast such splendid scenic attractions for their performing venues. The town’s main street is fronted by verandahs on both sides that date back to Federation and give the area a distinct Bourbon Street appeal. The town is nestled in a valley so that no matter where you stand you are looking at hills and trees that are always a pristine green during the early part of November.

One of the other factors that makes Blues At Bridgetown such a unique event is the hospitality the town extends to all visitors. All efforts are made to maintain a much needed balance between community and artistic ideals. It is little wonder that local retailers and community leaders feel a sense of ownership when they play such an integral part in the festivals success.  Ray Purvis

This years festival will undoubtedly showcase of the best of international, national and local blues and roots music talent around today. 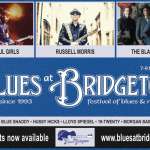 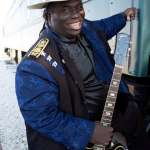 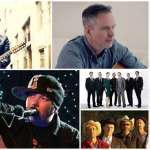 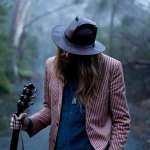 In Balingup this weekend! The Incredible and Incomparable Ali Bodycoat Trio The Renaissance of the Balingup Town Hall Cabaret Style […]